We began with the first passage from the Sermon on the Mount, a collection of Jesus's famous teaching found the the book of Matthew. This section has a well-known name, often called the Beatitudes. This come from the word 'blessed' in Latin, 'beatus.'

Jeremy talked about how a lot of these things aren't worthy of celebration - ideas that seem pretty negative or describe people who are easily taken advantage of. It feels backwards. It's counter-cultural. And you want to ask the question, is it just about suffering in this life, only able to look forward to heaven? But we need to apply these ideas in our lives today. So where can we find encouragement? Where can we be challenged?


Honestly and humility show up in a lot of these statements. Jesus isn't trying to glorify the pain that people feel, he's offering hope that something better is coming when we do, at some point in our lives, feel that way. The broken heart, being in the background, pursing God and things that others may mock, it will pay off in the end. Jesus is not just a teacher wanting to give us information, show us the rules, and move on. He wants to align what we love with what He loves. "He isn't content to simply deposit new ideas into your mind; He is after nothing less than your wants, your loves, your longings." We should love the things that Jesus loves, that he speaks about in this passage, for that is the world God envisioned for us. There are bigger and better things in store for us.

Kintsugi, the centuries-old Japanese art of fixing broken pottery with precious metals, is a great illustration of something becoming more beautiful because of its brokenness. We are made better by going through trials and pain, we turn out greater for it. When we feel alone or forgotten, when we're feeling pain of grief, God can put us back together. There is hope for a better tomorrow, in heaven, but also here on earth. It's our job to create that peace, to strive for this world God wants for us. 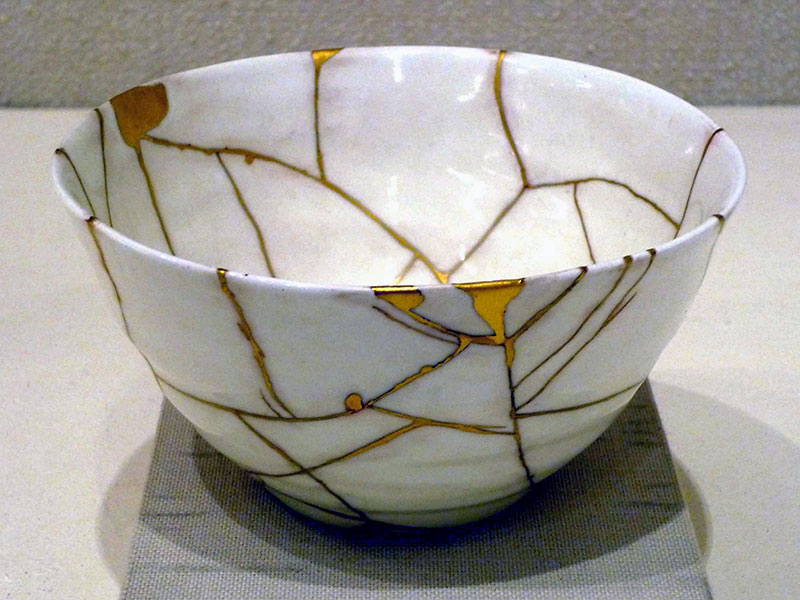 Welcome to Café! This was our first full Café of the year, and we are so excited to be back. 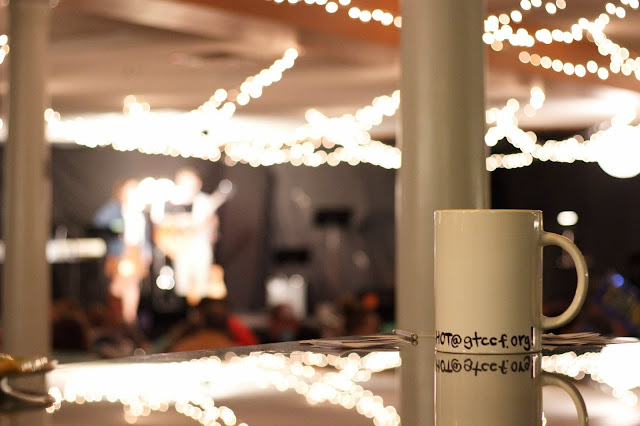 This semester, Jeremy will be going through the Sermon on the Mount. It's a collection of Jesus's teachings found in Matthew. For this week, Jeremy talked about what happens right before, when Jesus was being tempted in the wilderness.

1 Then Jesus was led by the Spirit into the wilderness to be tempted by the devil. 2 After fasting forty days and forty nights, he was hungry.3 The tempter came to him and said, “If you are the Son of God, tell these stones to become bread.” 4 Jesus answered, “It is written: ‘Man shall not live on bread alone, but on every word that comes from the mouth of God.’” 5 Then the devil took him to the holy city and had him stand on the highest point of the temple. 6 “If you are the Son of God,” he said, “throw yourself down. For it is written: “‘He will command his angels concerning you, and they will lift you up in their hands, so that you will not strike your foot against a stone.’” 7 Jesus answered him, “It is also written: ‘Do not put the Lord your God to the test.’” 8 Again, the devil took him to a very high mountain and showed him all the kingdoms of the world and their splendor. 9 “All this I will give you,” he said, “if you will bow down and worship me.” 10 Jesus said to him, “Away from me, Satan! For it is written: ‘Worship the Lord your God, and serve him only.’” 11 Then the devil left him, and angels came and attended him.

In this story, the devil appeals to Jesus with illusion and lies, poking at self-doubt, and trying to make Jesus prove He's who He says He is. And the shortcuts He's offered, the shortcuts we can take in our lives, are tempting. We discussed the classic fable, the tortoise or the hare. In this world of needing instant gratification, how do we fit in? If Georgia Tech came and offered you your degree today, would you take it? It's hard to say 'no' when things feel easy, it's hard to remember to think about whether saying 'yes' would be good for you in the long run. But we don't want to skip to the end. It's why we watch movies, read books, and watch the game and not just learn the final score.  Jesus calls us to take the longer, the better, the truer road. Focusing on building character and letting integrity shape our path, rather than taking shortcuts or the easy way out.
And maybe it's not all about choosing good verses bad. It might just be between living to be 'okay' and living for 'better.'  We shouldn't settle for less than the love and patience that God can offer. Jesus wants deeply loving and passionate followers. So the question we need to ask ourselves at the end of the day is, "Who are we becoming?" It's not just about where we want to end up, but the kind of person we are when we get there. This semester, we're going to look at the way Jesus calls us to live deeper, fuller lives, as we grow, learn, and experience truth together.
No comments:

Preheat oven to 400 degrees.
Grease and lightly flour a 15x10 inch jellyroll pan.
Sift together sugar and flour in a large bowl; set aside. Combine butter, shortening, cocoa, and water in a medium saucepan over medium-high heat. Bring to a boil, stirring constantly, and remove from heat and pour over sugar/flour mixture. Cool slightly.
Stir in buttermilk, eggs, baking soda, and vanilla and pour into prepared jellyroll pan.
Bake at 400 degrees for 20 minutes. Spread warm cake with Chocolate Icing.
Chocolate Icing: Combine butter, cocoa, and milk in medium saucepan. Cook over low heat 5 minutes or until butter melts, then bring to boil. Remove from heat and stir in sugar, vanilla, and pecans. Beat at medium speed with an electric mixer until smooth and sugar dissolves.

Splash of grenadine over ice
Fill cup with Sprite

Preheat oven to 350 degrees. Spray mini-muffin pans with non-stick spray.
Whisk together the flour, sugar, baking powder, salt, cinnamon, and nutmeg. Cut in the butter with a pastry blender or two knives until coarse crumbs form.
Whisk together the egg, vanilla, and yogurt. Add mixture to flous mixture and fold in apples.
Place a few teaspoons of batter in each muffin cup. Bake for 15 min until they start to brown.
Remove fritters from the oven and turn the oven broiler on high. Transfer the fritters to cookie sheets lined with parchment paper.
Whisk together 1 cup of powdered sugar and 4 tablespoons of apple cider. Brush glaze over each fritter.
Return fritters to oven and let broil for 2-4 minutes until glaze starts to caramelize.
Remove from oven and whisk remaining powdered sugar and apple cider into leftover glaze and brush over broiled fritters. Let sit until glaze hardens, about 15 minutes.

Preheat the oven to 400 degrees.
Place the crackers with the edges touching in a single layer in a small baking pan.
Cook the brown sugar and butter in a saucepan until butter is completely melted and mixture comes to a rapid boil.
Pour hot mixture over crackers and spread evenly.
Bake for 5 minutes or until topping is golden brown, then remove from oven and immediately sprinkle chocolate chips and put back into oven for 1 minute to soften chocolate.
Remove pan from oven and spread chocolate evenly over crackers.
Allow mixture to cool completely until chocolate has re-solidified and break into pieces.

Brew Chai tea with 8oz. of boiling water and add sweetener as desired.